Jamaal O’Driscoll, has been a part of the dance community since 2010, practicing a variety of dance styles, and developing a strong technique within the hip-hop style of breaking. In 2019, Jamaal created O'Driscoll Collective to give back to the community, facilitating conversation through movement, continuing to teach and deliver performances in a variety of settings.

With passion and experience in outreach,  Jamaal is currently the Lead Engagement Officer for Birmingham International Dance Festival and DanceXchange, alongside his role as a freelance artist, delivering workshops, classes, choreographing and performing in self-produced performances.

‘ONE%’ (October 2019 - Current)
Producer, Choreographer, Performer
The show is a playful, dynamic, intense piece of work, which is using the style of ‘breakin’ to be a lead influence in the movement and creation. Two bboys colliding mental states, minds and influences as they respond to the energy of society around them, moving through the perceptions of misunderstood emotion. It features a collaboration between two West Midlands based artists, by the name of Jamaal O’Driscoll & Marius Mates. Both represent the established, breakin’ collective Mad Dope Kru (MDK). ‘One%’ has been performed at Digbeth Weekender and was meant to be presented pre COVID-19 at Breakin Convention (Birmingham) and Strike A Light Rooftop Festival.

‘Simplicity’ (March 2019 – Current)
Producer, Choreographer and solo performer
Dance Hub hip hop commission for B-Side festival. Simplicity is a 9 minutes long theatre piece which breaks down the elements within breaking and touches upon the mental health of his Father. The piece has been performed at the Artists 4 Artists 'Scratch Dat' showcase (November, 2020) and D2C Festival in Dublin (January, 2020).

‘Neosis’ (March, 2018)
Co-chorographer and performer, alongside Marius Mates.
Noesis focuses on the perception of the mind within the current society. The artists use the style of breaking and paper clips to represent the influence of culture and society on the minds. Noesis was performed as part of the Show Front Festival based at Absolute Theatre, Coventry. 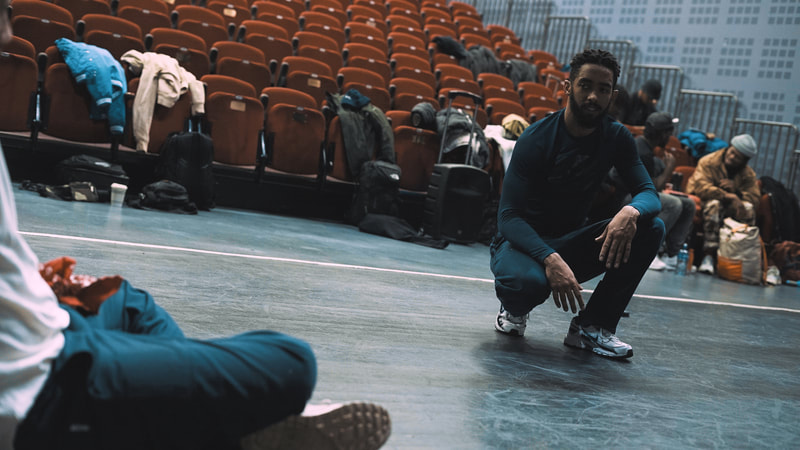